Box of Kittens is an underground party collective, made up of Mike Gibbs, Jamie Kidd, Fabio Palermo and Hali. These guys are true house and techno music lovers who dig deep and bring eclectic flavors into the parties they have been throwing for the past six years in Toronto and Berlin.

THUMP: How did Box of Kittens come together?
Mike Gibbs: Basically, I was DJing at Booze Cans for quite a while and we were all acquaintances. I knew Hali had a thing called Pound House, a deep house party, and then I met Jamie and Fabio. We did our first party at a studio on Sterling Road—an area known for art galleries and record workrooms—and it was a big success. We had great chemistry and wanted to revive the warehouse party scene. We just did it organically.

Jamie Kidd: It started as a BYOB and people just clicked, so we kept doing it. I don’t think any of us planned on it becoming as big as it is. We were just four people who knew each other. It was all about our friends having a good time. When the techno scene had died off, it got too serious. All we wanted to do was listen to good music. In the first two years, it was just the four of us, there were no big names. Seth Troxler was our first guest.

MG: We brought out a lot of girls. We came up with the name Box of Kittens when we were watching these two girls and I said “Oh, they’re as cute as a box of kittens.”

What is the current affair of the music scene in Toronto and how does Box of Kittens fit in?
MG: There’s a lot of bass music in Toronto, but mostly different facets of house music. I think it’s a great time for electronic music in North America and whether you like the whole idea of EDM or not, you will develop your own taste.

Hali: Toronto has definitely transformed and matured musically throughout the years. I think the richness of all of our influences really defines the scene as a whole. There might be a cliché about Canada and Toronto being based on this mosaic of influences and experiences, but with of all the people producing Toronto’s underground music culture, I think we are a mosaic.

Fabio Palermo: In terms of the Box of Kittens, we sit behind a veil. That’s where you’ll find us. You start your journey into popular dance music and then you travel down the rabbit hole.

JK: We’ve done loft parties, outdoor parties and an industrial party, all in Berlin. We also did a party in Poznan, Poland that went over really well.

How do you choose what artists to book?
JK: They’ve always been artists we’ve wanted to see ourselves, and also someone who doesn’t filter through the club scene a lot. Most of the artists are skeptical of the North American club scene, but more than once we’ve been told that our events are a refreshing experience. 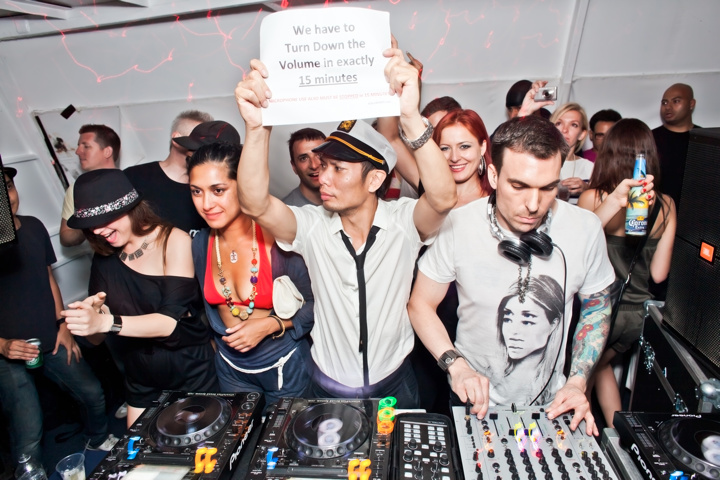 Jamie Kidd on the decks. Photo by Giordan Battaglin.

What inspired the Sunday Social?
H: After moving to Berlin a few years ago, and witnessing regular, weekly events running from Friday until Monday midday, it all came rushing together. So, on my last return trip to Toronto, I proposed, pleaded, and convinced the crew that this had to happen. We partnered with our long-time promoter and great friend, Justin from Harvest Festival and it all just fit together.

JK: It also gave us an opportunity to play a different sound, like disco or more mellow stuff. It was only supposed to be a one-off but it turned out to be so successful that we had to keep doing it.

How have you grown since you first started in October 2007?
JK: We have grown as DJs, producers and promoters—which was a role I had to embrace because I never planned on being an event coordinator. Our parties have always felt casual yet special—like a huge house party with friends. When the four of us play back to back, as we often end our nights, our energy infects everybody.

FP: We’re a family. It doesn’t matter how long we’re apart, we’re still that close. What’s changed? We’ve become the pace makers, we have made the scene. We smile, we laugh and we’re brothers. 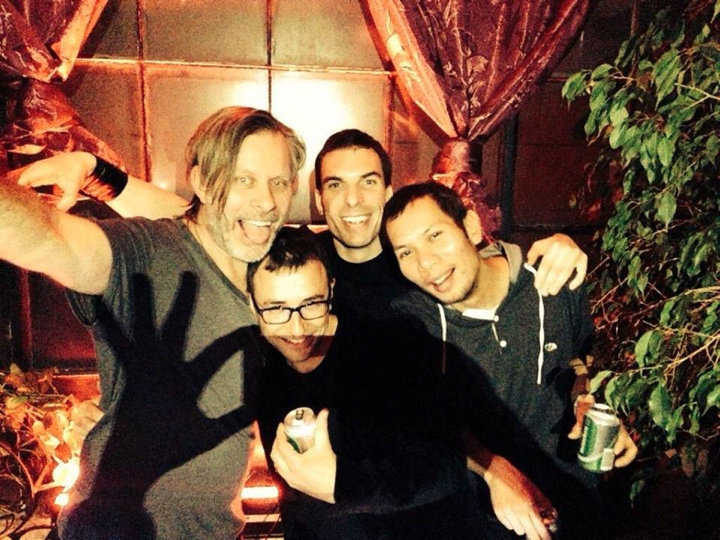 What are your future plans for Box of Kittens?
All: Foundry

JK: It’s a big event and we’re presenting Carl Craig on April 5, which is going to be a great show. After that we’re bringing in Luke Slater also known as Planetary Assault Systems, and L.B. Dub Corp on May 10. He’s been a favorite producer of mine for years, and since his seminal album Wireless I have been following his many permutations.

MG: We just wanted to do something on a grand scale. We’re working with Breakandenter, Mansion and other partners. We just want people to enjoy themselves. We’re really excited about it.

H: Ultimately, we’re after world domination by love, kindness and techno. Expanding both our Toronto and Berlin events while maintaining our underground appeal and ethos.

Be the first to know
about our happenings

we respect your privacy and take protecting it seriously